WHAT THE WHAT WHAT!

In business sometimes you get a buyer that just knocks you off your feet. Sometimes in a good way and sometimes not. Fortunately for me, I have not had many Fiverr bad experiences but when I have they have been shocking. I recently did a project that initially I thought to pass on. I took on this last project because I felt maybe I just wasn't being fair. It shouldn't pass perhaps on past experiences or stereotypes or characteristics as I wouldn't want someone to pass on me based on an assumption. 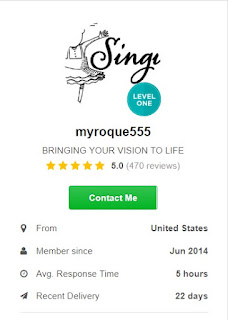 I can usually sift out bad Fiverr buyers but this one got past me. NaomiRichards911 contacted me to sing a song for her. She chose my Supreme Vocals package. My Fiverr seller description for this package states "Lead, Backgrounds, Harmonies, Stacks, Mixing. Buyer provides Melody, Lyrics, and Guide Vocals". She was agreeable to my instructions and ready to get started. She didn't have a lot of questions or instructions. She just wanted to get started. I reached out to her a few days before delivery because I wasn’t sure I was going to beat the clock. I explained to her that I am a performing artist and I had had a couple of engagements since the order had been placed. I further explained I do not like to rush projects but I will do my best to get it to her before the clock runs out. “No problem”, she wrote.

The clock did not stand a chance. Gratefully I beat the clock by a day and I did not rush. I do not believe she knows that I delivered before time ended. My first delivery was a rough reference before I sent it to be mixed. I do this to make sure the buyer and I are on the same page and if there is anything to change I can do that before it is mixed. Thirty-six hours passed, I never heard back from her. When I received the final mix I sent the final mix to her with my watermark underneath, so if there was an issue it can be fixed. I asked her to please let me know when she would like me to send the final wav. file. Still another thirty-six hours passed and I did not hear from her.

Unfortunately for me she finally answered this morning giving me a 3.7-star review. I was certainly blown by this. She gave me 4 stars for communication, 4 stars for service as described and three stars for ordering again. I asked her as you will see below, "What happened?" I really wanted to know. I do not need to argue about my work so that would not have happened however I would have engaged a conversation so I thoroughly understand what seemed to have been wrong. Even if I would not have liked it as I did not like the review I could at least pondered it and perhaps made an improvement. 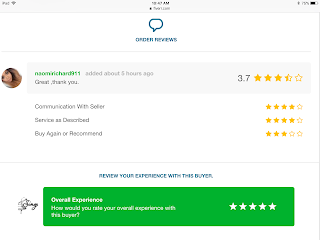 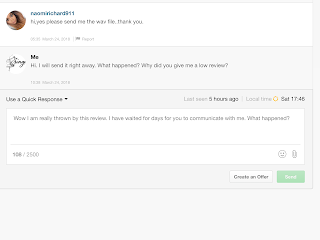 I write this to let buyers and sellers alike understand it is important to communicate. Buyers and sellers are prohibited from communicating outside of the Fiverr platform and to try will only get the sellers account suspended or removed. So it is important to articulate your needs, wants, and what is expected of the outcome. If there is something you do not find up to par then say so. I thought the song sound great. I will leave a copy here. But she never said anything. She never communicated that she was unhappy with anything. 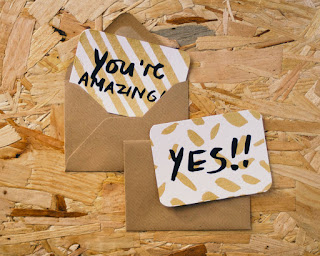 Here is a little encouragement for all of you Fiverr Best Sellers. I am talking about everyone who has had the courage to offer their services and keep on moving forward no matter what. People will be who they are and some people are predisposed to being quite negative and/or critical. Many times they are not into giving compliments and have decided from the start they are not going to reward you with a good review. Other times they just will not like your work for whatever reason. Do not worry about it. Move on.

Lastly what is interesting to me is the Fiverr Seller Levels. Well, more like the Fiverr Buyer Review.  Over the years I have completed nearly 700 projects that have been reviewed. Maybe 50 have given me less than 5 stars with NaomiRichards911 being the most notorious for a low rating. With those numbers for some reason, my star rating has decreased. I really do not think the Fiverr rating system is accurate among many other matters. So just be aware of this.

What I learned from this, Fiverr bad experience, is to trust my gut. No matter what, if you feel leary about a buyer or a seller, do not work with them. Just pass. It is not worth it.


If she ever answers my question, which she most likely will not, I will post an update.

ALL I DO IS JINGLE AND I LOVE IT

Get Your Jingle Here

I worked on a jingle recently for a faucet manufacturing company out of India. At first, I was thinking “faucets? How am I going to write a thirty-second jingle about faucets?” But I was up to the challenge. As the client and I messaged back and forth I came to realize although faucets do not seem to be such a big home update by hearing about them they really are. As I thought to myself why does this make sense this question led me to remember when I was remodeling my kitchen and bathroom. I know for a fact the faucets really made a difference as I spent a lot of time searching for just the right ones that would provide me the feeling of modern luxury. It is also a known fact that only updating the hardware can make a huge difference. After pondering this gig I was all in.

Sometimes when being hired to write a jingle at first thought I am thinking, “oh wow 😕!What can I possibly do with this?” 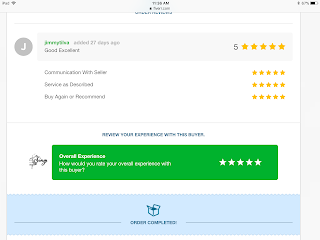 I researched the company and it’s slogan. The buyer sent me a couple of jingles they have used in the past but just like the remodeling of my kitchen and bathroom they wanted to upgrade.

The great thing about someone choosing me to do their song or jingle is just that, they have chosen me. It is a great feeling that a client feels they can trust you with their brand to bring whatever it was they heard special about you.

I sent the idea to my producer and we collaborated on the sound the music should have. The buyer did not want it to sound Indian. He wanted an American feel. Cool. This is helpful information that I ask a buyer before getting started. Many times buyers are not certain what they want so the information can be very limited. But whatever info that can be provided is helpful for a positive outcome. Many times buyers just want something else other than what they have. Thus my producer and I went to work.

Once I got the track back I felt like I wanted to hear something else other than what I received. So my producer sent two more tracks. I liked that last two. I sent the options to the buyer and he picked the second one that had been created. Great for me because that was the one that inspired me.

My next step was to start crafting the lyrics and melody. Finally, I was finished and I really liked what I came up with. I sent it to the buyer for approval before moving forward to the mix. After he approved it. It was mixed and finalized. The buyer was not very communicative at all once the process started but he left a good review.

Here is the jingle:

Get Your Jingle Here

How Did You Fare the Fiverr Level Challenge Last Month?

Recently a level 2 seller on Fiverr. I am back after two months to find my new status is No Level now. I have quite popular on Fiverr but not as popular as I thought. Many changes have occurred. Please read my blog http://myroque555.blogspot.com/2018/02/fiverr-new-seller-levels.html to find out WHAT IS GOING ON.

I too have made changes. Maybe these will help you. I have updated my prices and am now using their three-tier pricing system. I have changed my tags. Let at the tags of the top sellers and see if they will work for you. I have also included these tags in my title and body. I have added new bodies of work as well. I will see if these changes are can stand up to the tyranny of the new Fiverr algorithms. 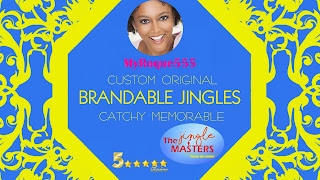 I create custom original jingles from scratch. I also create jingles for children brands, books, event, etc. If it needs a song I can create a catch memorable one or two or however many you need.


I do not churn out songs to level. It is my goal to provide excellent work in a timely way without compromising dedicated attention to each project. Since the indoctrination Fiverr’s new leveling system I believe it causes people to get burned out, charge erroneous unwarranted fees and fast track productions regardless of the quality. I have successfully completed over 600 projects. I do believe out of all of the online marketplaces Fiverr is still top. They advertise a lot more than the others which bring business to the site. I took time off to refresh, revive my creativity and ready to give you the best that I've got. I care more about the quality of production and content than leveling. You may contact me via Fiverr or my own site TheJingleMasters.com for that personal communication.

My work speaks for itself in quality and content. Regardless of Fiverr’s new leveling system I will not rush any projects or overbook. That is not the way I would want my project handled especially when I am paying for it.

My work is not cookie cutter or assembly line generated. It is creative and I take it seriously. I create custom original jingles from scratch.

Check out my website now and email me and I will give you 10% off my Fiverr prices.
THEJINGLEMASTERS.COM
at March 02, 2018 5 comments:

WHAT THE WHAT WHAT! In business sometimes you get a buyer that just knocks you off your feet. Sometimes in a good way and sometimes not...